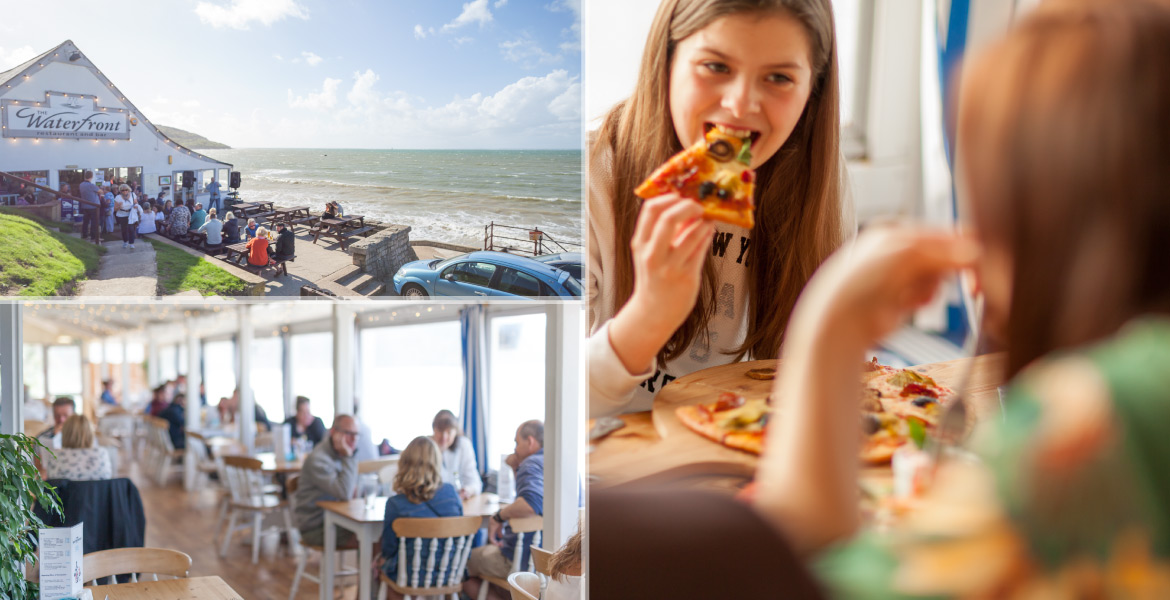 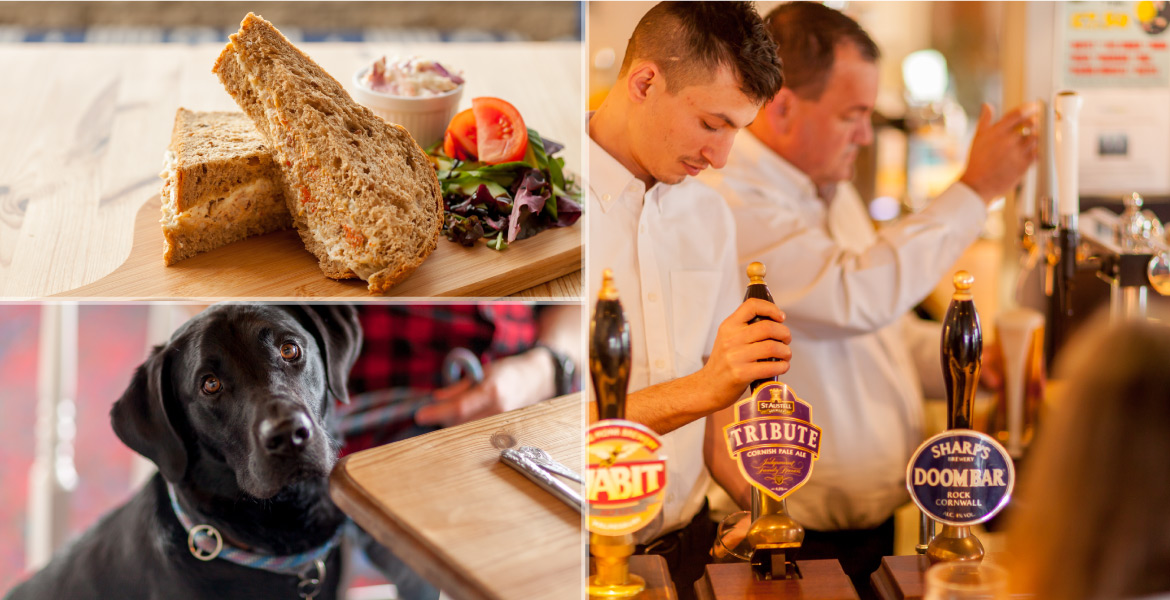 We welcome you to The Waterfront with our all new restaurant “The Mediterranean Kitchen” where you can come and enjoy the magical location of Totland Bay in the west of the Isle of Wight. Experience some of the finest sunsets in Europe over a drink, or our freshly prepared delicious Mediterranean cuisine.

The building itself was built as the original church for Totland in 1869. It housed the church for the next six years. Then a new church was built on the opposite side of the road, which opened in 1875.

The building was then removed from it’s position on Church Hill and re-erected on the beach in this location in approximately 1880 and opened as a reading room and library. This was was very popular with the local residents and early tourists, including day visitors who landed at Totland Pier by paddlesteamer from Bournemouth. The paddlesteamer service continued until the mid sixties.

In the early 1950‘s the building was converted into accommodation as part of the Totland Bay Hotel. It would have been very advanced for it’s day as all rooms had an en suite bathroom.

The Totland Bay Hotel was closed in 1972 and was demolished in 1979. The Waterfront had fallen into disrepair and was saved from being demolished. It opened as a cafe/restaurant in 1984 some 100 years after it was first rebuilt on the beach.

The building was closed again in late 1992 because of the sea defence works which were carried out in 1993. It re-opened and as a pub restaurant in 1994.

It is now home to The Mediterranean Kitchen Restaurant (Open April 2014) and The Sunset Bar.

Specialising in seafood and Mediterranean Cuisine including pastas, locally caught fish, crab & lobster, (when available) Traditional Sunday roasts, All our dishes are made when possible using local ingredients, daily specials are also available and a great variety of drinks, including Island Brewed Ales and The award wining Isle of Wight Gins and Vodka. See our Menus.

To make a reservation please call 01983 756969 or email us on info@waterfrontiow.com. Please allow 24 hours if booking by email.

Well behaved dogs are most welcome on leads in our bar, terrace and beer garden.

Copyright 2022 The Waterfront - All Rights Reserved
Back To Top